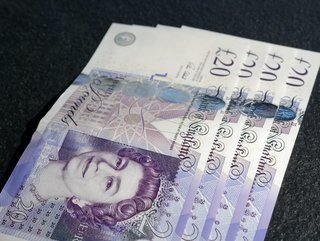 The economic challenges in the UK won’t stop the demand for electric vehicles. The Government is working to increase incentives for all potential EV users

The UK is one of many countries to experience the impact of global energy disruption, right when electric vehicle (EV) adoption is needed most. Due in part to COVID-19 setbacks and cut off as a result of the Russia-Ukraine crisis, energy is soaring and life isn’t getting any cheaper for UK residents.

After fumbling to find the right leader and accompanying cabinet, the Conservative government has finally released a concrete plan to tackle the country's debt and lead everyone towards a more sustainable future, both economically and environmentally.

Electrification is still on the cards and both businesses and consumers are being urged to adopt, but the government is set to increase taxation of EVs as of April 2025.

The current tax in the UK amounts to roughly £10 per year for individual EV owners, which is due to rise to the full vehicle excise duty (VED), which is currently set to £165 per year. Drivers with a car priced at £40,000 will be expected to pay an additional £355 per year.

Standard VED rates will also apply to EVs registered from 2017. As for businesses, the incentive for switching company cars to electric as rates increase by 1% year-on-year until 2028.

While the first thought for consumers will be the increased cost of ownership, organisations understand the government’s reasoning behind the taxation as EV drivers are currently exempt from contributions to road maintenance and other infrastructure.

"After many years of paying no car tax at all, it's probably fair [that] the government gets owners of electric vehicles to start contributing to the upkeep of major roads from 2025,” RAC’s Head of Policy, Nicholas Lyes told the BBC.

"Vehicle excise duty rates are unlikely to be a defining reason for vehicle choice, so we don't expect this tax change to have much of an effect on dampening the demand for electric vehicles given the many other cost benefits of running one."

Also speaking on the topic, the Senior Director, Public Policy - Europe at ChargePoint, Tanya Sinclair (who also featured in the October issue of EV Magazine) agrees with the commercial benefits of taxation.

She points out that road work and other infrastructure developments don’t stop for EVs. If anything, funding infrastructure is critical at this point in electrification.

“ChargePoint supports the Government’s decision to introduce Vehicle Excise Duty (VED) for Electric Vehicles (EVs) so long as VED design recognises that EVs are the cleanest vehicles on the road, and incentivises drivers to choose to drive them. EVs use the road like any other vehicle and with EV numbers rising rapidly, the era of ‘freebies for EVs’ in motor taxation has to come to an end,” says Sinclair.

“We’re pleased to see that EVs will pay the lowest VED rates, as it is vital to reward those who purchase zero emission vehicles. The government must encourage drivers to make cleaner vehicle and driving choices and no EV driver should pay more than those driving a petrol or diesel equivalent.”

“Ultimately, it’s not sustainable long-term for the UK government to have tax-free mass market adoption, and we need to have a correlating policy narrative between the phase-out of ICE vehicles and today’s VED system.”

However, there are also concerns among automotive manufacturers as they see the taxation as a process with future implications. As the cost of running an EV is the selling point for firms, reaching financial parity with ICE cars could reduce adoption. 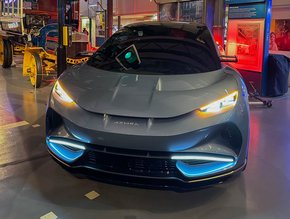 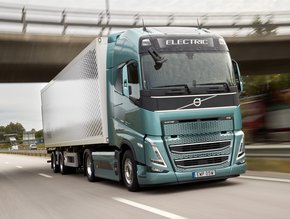 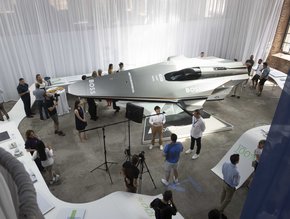