Will self-driving EVs be safe to use on public highways? 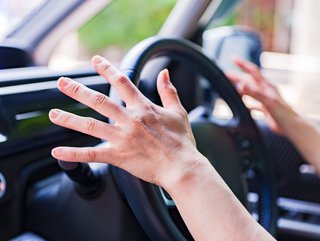 Self-driving cars are coming, but there are risks to EV drivers when fully trusting their cars to transport them, such as cyber risk and malfunction

The electric vehicle (EV) revolution is underway and it seems that consumers are susceptible to change.

According to the UK Office for National Statistics, more than half of young drivers are likely to make a conscious effort to switch to an EV over the coming years, which is due in part to their understanding of electrification and its positive impacts on climate change.

However, in that time, we can expect to see more autonomous-enabled vehicles coming into the market, with some new production concepts already kitting out for Level 4 automation capabilities.

Although some EVs show their basic automation capabilities, the roll out of fully-autonomous vehicles is yet to, and there could be more risks to this than drivers realise.

We liken EVs to computers—that’s because they are. Electrification has allowed cars to take on many of the characteristics that can be found in a laptop or smartphone, which means that hackers are on the prowl for drivers’ precious data.

There have been some cases where hackers have gained access to vehicles and perform minor functions like honking the horn. While the industry is yet to see a case where a hacker has taken control of the entire car, it still remains a concern for the future as technology firms figure out how to best protect car owners.

But, hackers want what we class as ‘gold’ in the 21st Century—data. The most vulnerable process in which EVs are prone to cyber attack is at the charging stations where connectivity is enabled to make payments.

Of course, this sounds very counterintuitive, but many cars already have autonomous capabilities and this could potentially lead to less awareness on the road. As long as cars can be overridden by their drivers, EV users must be aware of the road and keep an eye out for any potential hazards.

Ultimately, the more automated EVs become, the less invested the drivers will be, which could cause issues if they have to take the wheel.

Although autonomous electric vehicles (A-EVs) have been praised for their ability to remove human error from the driving equation, this is not to say that technology doesn’t have its faults.

Particularly in the early stages, software updates will be used from car to car and made available over the air to existing owners, but like any computer there is potential for a technical glitch.

Until technology is capable of consistently reading the minds of pedestrians, animals, and other drivers, there is always a question around their ability to transport drivers and passengers safely.

Users must understand the risks and, more importantly, automotive manufacturers should share those risks to ensure that consumers can inform educated decisions on how self-driving EVs can be best placed into their lives. 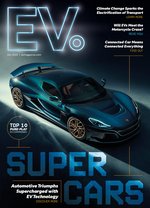